With all the buzz out there regarding small-label alt-classical, I thought I should let you know just how much you can find on the NML. Here's a quick sampling of labels and albums to hear in this genre.

New Amsterdam
New Amsterdam Records was formed as a haven for the young New York composers and performers whose music slips through the cracks between genres. Artists include the ‘adventurous cello songstress’ Jody Redhage and the band Build (made up of violin, cello, piano, bass and drums, and led by composer/violinist Matt McBane). 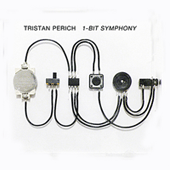 Cantaloupe Music
Cantaloupe Music is the record label created in March 2001 by the three founders of New York's legendary Bang on a Can Festival: composers Michael Gordon, David Lang, and Julia Wolfe, and Bang on a Can managing director Kenny Savelson. Cantaloupe Music has made a massive impact in the new music community, and been recognized by critics and fans around the globe for its adventurous sounds. Their goal is to provide a home for "music that slips between the cracks."

Innova recordings (founded in 1982) is the record label of the American Composers Forum. Innova champions work that pushes and challenges the boundaries of contemporary music. From Avant-jazz to Electronic music, to the very latest from the Classical frontlines, innova chronicles music before it hits mainstream ears. 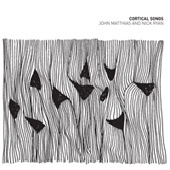 Non Classical
Established by Gabriel Prokofiev, the grandson of Sergei (yes, THAT Sergei Prokofiev), the label Nonclassical represents Gabriel’s determination to re-engage pop fans with classical music by breaking down the barriers of genre. Each CD of forward-thinking compositions comes with a selection of remixes from electronic producers.


Open up to the alt-classical movement. It might change the way you think about classical music. Just ask Judd Greenstein.

Mo
nmlhelp@naxosusa.com
Posted by Mo Coombs at 10:35 AM