It is a new week and I have here, flowing through my fingers especially for you, a quick update with some excellent news.
App news, to be specific. 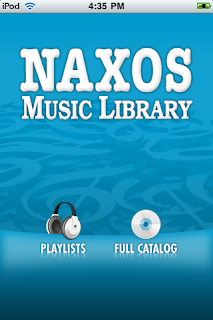 NML iPhone App:
Our app for iPhone, iPad, and iPod has been getting a lot of use since its release last year. We worked out the bugs and upped the pretty factor for version 2.0.
But now we're getting ready for some more updates!
3.0 is currently in testing. The biggest new feature is multitasking so you can keep working/playing/looking at pictures of kittens while your music plays! 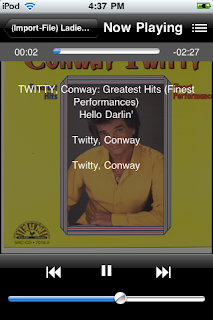 NML Droid App
The developers are almost done with the long-promised app for Android! It's also in the final testing stages. If all goes according to plan, we hope to have this app out around December 1!
Get excited, iPhone mutineers!
(No screen shots yet, but we promise to put some up once the date gets closer.)

As always, please call or write if we can answer any questions about the apps-- current standing or coming updates--or the NML. We're always here to help!

Opera in the Present Tense

If you're not an active opera fan you may not know that there's opera other than La Bohème performed in America. No, I don't mean Carmen. Or The Mikado.

I mean opera composed by people who are still alive. This is exciting to me not only due to the excellence of the music, the brilliance of the singers, and the incredible vistas of the sets which are art in themselves. It excites me because there is new life constantly being breathed into the genre.

Il Postino--Daniel Catán
Based on the 1994 film by the same name as well as the 1985 novel Ardiente Paciencia by Antonio Skármeta, this opera addresses the end of Chilean poet Pablo Neruda's life in exile from his homeland. Premiered at LA Opera in August 2010.

Shadowboxer--Frank Proto and John Chenault
Based on the tumultuous personal life of boxer Joe Louis. Premiered at the University of Maryland's Clarice Smith Performing Arts Center in April 2010. Along with the pit, the opera calls for an 8-piece jazz combo onstage.

Moby Dick--Jake Heggie
Exactly what it sounds like. This adaptation of the classical Melville novel had a positively triumphant premiere with an all-star cast at the Dallas Opera in April 2010.

The Inspector--John Musto
To be premiered in April 2011 by the Wolf Trap Foundation for the Performing Arts. Loosely based on Gogol's satire The Government Inspector.

Paradise Lost--Eric Whitacre
Whitacre is primarily known for his choral works and caused quite a stir when, at a very high point in his popularity, he announced this work. A mixture of styles was used in what he calls "music theatre." Inspired heavily by Japanese anime and manga, the show melds opera with musical theatre, electronica, film score, and Asian drumming.

Before Night Falls--Jorge Martín
Produced by the Fort Worth Opera (my hometown, by the way) in May 2010, this work is based on the book and subsequent film of the same name. The story is autobiographical, a look at the life, imprisonment, and escape of Cuban writer Reinaldo Arenas.

Two Boys--Nico Muhly
The first opera from the 28-year old darling of the "nonclassical" genre, this is said to be the story of a murder hatched by two young men in a chat room. To be premiered at the ENO in 2011.


National Opera Week wraps up on Sunday, November 7. I hope that you will enjoy some more opera before that day and beyond!

Mo
nmlhelp@naxousa.com
Posted by Mo Coombs at 4:20 PM No comments: