Label in the Spotlight: Paladino Music 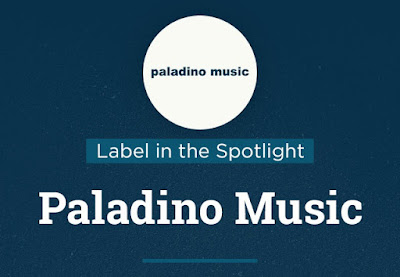 Paladino Music is a record label, sheet music publisher, and music consulting agency. The company’s main field of activity is production management and services for the classical music industry, ranging from festival management to recording projects and events, as well as PR and copyright consulting for musicians and promoters. Based in Vienna, Paladino Music focuses on European artist development, understanding Austria’s cultural heritage, and its artists’ innovative visions.

To hear the Paladino Music sampler, access NML, go to the Playlists section, and select the Label in the Spotlight folder under the Themed Playlists tab. You can also access it via the rotating banners. If you are on your institution's premises, you may also be able to access it if you CLICK HERE.

Posted by Naxos Music Library at 3:59 PM No comments:

Ode for the Birthday of Queen Anne

Each month, Naxos Music Library presents a new release playlist for our subscribers to enjoy. We know that a database of over 1.9 million tracks can be a bit daunting, so we'd like to highlight some of the amazing music that has become available to you just this month. Let it kickstart discovery! 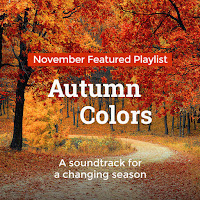 It’s hard not to love the fall. The summer heat is gone, the winter cold is still held at bay, and if you live far enough north you’re regaled with all the brilliant colors of the changing leaves. Anticipation builds to see loved ones over the holidays, and everything is pumpkin-flavored, whether it should be or not.

Now that it’s November, icy winds and snow drifts loom, but that doesn’t mean we can’t let the autumn linger as long as possible. We’ve put together this playlist of fall-themed music for you to enjoy, to help stave off the winter chill and revel in the last of the Autumn Colors.

1. Joseph Kosma – Les Feuilles Mortes (Falling Leaves) – Kosma was a Hungarian composer who emigrated to France in 1933. During the German occupation of World War II he was placed under house arrest and banned from composing, though with the help of friends he was able to continue work under other names. His song “Les Feuilles Mortes” (translated as Falling Leaves or Autumn Leaves) was written in 1945.

2. Astor Piazzolla – Las 4 Estaciones Porteñas: Otono Porteño – Piazzolla composed this work for his personal quintet. Thirty years later, Leonid Desyatnikov arranged it for violin and string orchestra, adding quotations from Vivaldi’s The Four Seasons. However, in recognition of the season cycle of the southern hemisphere, he aligned the works in contrast; for example, the movement here, the autumn portion, includes quotes from Vivaldi’s spring section.

3. Peter Erasmus Lange-Müller – Symphony No. 1, "Efteraar" (Autumn) - II. Vivace, ma non troppo allegro – Danish composer Lange-Müller suffered from medical issues that kept him from composing for more than short stretches of time. Thus, the bulk of his oeuvre is comprised of songs and chamber pieces. However, he did complete two symphonies, and his first took inspiration from the fall season.

4. Qu Wei – Harvest Scenes: Prelude – Chinese composer Qu Wei was born in Shanghai in 1917, and he would eventually become the resident composer for the Shanghai Philharmonic Orchestra. His Harvest Scenes is a fairly straightforward musical depiction of rural life in China.

5. Alexander Glazunov – The Seasons: XVI. Autumn: Apotheosis – Glazunov composed The Seasons as a ballet in the tradition of Tchaikovsky, though it did not have a specific story line attached to it. The work concludes with the autumn portion, the jubilant apotheosis meant to represent the stars overlooking Earth at the end of the year.

6. Antonio Vivaldi – The Four Seasons, “L’autunno”: I. Allegro – Vivaldi cranked out a gigantic catalogue of music, much of which sounds pretty much the same, but his quartet of violin concertos The Four Seasons has withstood the test of time as one of the most famous classical pieces ever composed.

7. Franz Joseph Haydn – The Seasons: Autumn: So lohnet die Natur den Fleiss – Haydn composed The Seasons in the wake of his successful oratorio The Creation. The libretto, assembled by Haydn’s German benefactor, was based on an English poem, but following translation into German, editing, and translation back into English, the text was so changed as to be almost a new work entirely, one cumbersome and far inferior. It’s usually performed in German today.

8. P.I. Tchaikovsky – The Seasons: XI. November: Troika – The Seasons is an example of the kind of work Tchaikovsky took to help pay the bills, even though he wasn’t particularly keen on the project himself. However, his skill and professional pride were such that the work is still a fine example of his style and endless musical imagination.

9. Leonid Desyatnikov – Russian Seasons: Autumn: II. Vosennaya – If you’ve heard anything by Russian composer Leonid Desyatnikov, it’s likely his arrangement of Piazzolla’s Las 4 Estaciones Porteñas. However, he composed his own fine ode to the seasons, taking his inspiration from his Russian heritage. Like many of his countrymen before him, much of his oeuvre is film music, even though the Soviet era ended when he was only in his late thirties.

10. Vera Gorodovskaya – Concert Fantasy on the Waltz, “Autumn Dream” – Gorodovskaya completed her piano studies at the Moscow Conservatory, but afterward chose to focus on Russian folk music. She made the gusli her primary instrument, a zither-like Russian folk instrument that can have five to thirty-two strings, and its lovely sound is front and center on this track.

11. Edvard Grieg – In Autumn – In Autumn was an early work, composed when Grieg was only 23, though only two years before his famous Piano Concerto. It was a piece dismissed by Niels Gade as “some trash”, but Grieg rewrote it twenty years later. The overture ends with “a Norwegian bacchanalian festivity”, making use of a melody sung by farmers in celebration of the harvest.

12. Rued Langgaard – Symphony No. 4, “Løvfald (Fall of the Leaves)”: Skovbrus (Rustle in the Forest) – While the titles of each section of this symphony are quite descriptive of autumn scenery, Langgaard intended a deeper meaning to the piece than the mere imagery of colorful leaves and fruitful harvest. The music is meant to express also the moods and thoughts that typically accompany the autumn season.

13. Jean Sibelius – 5 Songs, No. 1: Höstkväll (Autumn Evening) – Sibelius’ gloomy depiction of a night in late autumn is deceptively challenging for the singer, as the sparse instrumentation is frequently faint or removed entirely, leaving the voice alone, as though exposed to the elements of an oncoming Finnish winter.

14. Einojuhani Rautavaara – Cantus arcticus, “Concerto for Birds and Orchestra”: III. Joutsenet muuttavat (Swans Migrating) – Rautavaara captures the sparse beauty of northern Finland in this piece that incorporates recordings of migrating birds with an orchestra imitating the sounds of birdsong and painting a picture of birds swarming south for the winter. You’ll feel like you’re setting out on a year-end trek into the wilds.

15. Max Richter – November – Max Richter’s debut album Memoryhouse is considered a landmark in the development of post-minimalist music (read: post-Glass/Reich), and besides being infinitely licensable, his unique sound has been a pivotal influence on composers like Nico Muhly and Jóhann Jóhannsson. He’s a key player in the direction art music has taken in the 21st century.

16. Rudolf Leberl – Falling Leaves: No. 3. Ernst – Leberl was a prolific composer during the first half of the twentieth century, his works numbering almost 1500. Despite its high quality, his music brought him little success, in part because of how both world wars affected him and his family. He composed around 300 pieces for guitar, and the piece selected here is a sort of elegy depicting the close of autumn and the shadow of looming winter.

17. Fanny Mendelssohn-Hensel – Das Jahr: No. 11. November – Fanny Mendelssohn-Hensel composed her piano cycle Das Jahr on colored pieces of paper, which were then illustrated by her husband and paired with a brief poem. While the formal titles simply state the month the pieces represent, she used different titles in private, as each piece represented places she personally enjoyed visiting.

18. Arnold Bax – Red Autumn – For a time, Arnold Bax was considered to be the leading British symphonist, but he also composed plenty of music for the piano and for chamber ensembles. Red Autumn was originally composed for the piano, but for the album sampled here, an orchestral arrangement was commissioned, with an aim for consistency with Bax’s style and era.

19. Christos Tsitsaros – Autumn Sketches: Mists – Christos Tsitsaros is a piano professor at the University of Illinois, Champaign-Urbana, who was originally from Cyprus. His compositions seem to be primarily for piano pedagogy, and the piece selected here is a lovely evocation of autumn mists.

20. Yuri Alexandrovich Falik – Autumn – Falik’s Autumn, for choir, makes use of text by Pushkin. According to this album’s liner notes, “it creates a frozen, static atmosphere, depicting the decline of natural life in preparation for a long Russian winter, and simultaneously reveling in the cruel beauty of the season.”

Each month, Naxos Music Library presents a themed playlist for our subscribers to enjoy. We know that a database of over 1.9 million tracks can be a bit daunting, so we'd like to highlight some of the amazing music that is available to you. Let it kickstart discovery!
Posted by Naxos Music Library at 10:24 AM No comments: