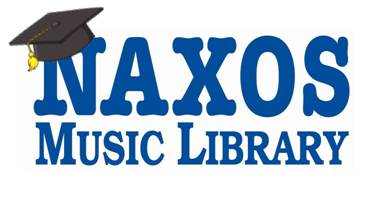 Naxos Online Libraries would like to congratulate the graduating class of 2015 for a job well done! It’s certainly a momentous occasion in your life, the end of one chapter and the beginning of another in your story. We wish the best of good fortune in your future, wherever it takes you!

While graduation means losing many of the perks of college life, we’d like to let you know that it doesn’t have to mean the end of your access to all the tremendous music we have to offer. Consider subscribing to NML on your own. We're offering a special discount to graduating seniors who would like a personal subscription: $100 per year for standard streaming quality, or $150 per year for premium streaming quality. That's over 50% off the full price for an individual subscription! Just let us know from which school you are graduating. We can even help you retrieve the playlists you created in your student account! Contact us here for more information or to subscribe.

In addition, there are three other ways you can continue to enjoy Naxos Music Library:

An increasing number of public libraries are now making NML available to their patrons, and this could include yours! Check with your local library to see if they include NML among their online streaming resources. And if not, be sure to let them know it’s missed; libraries are always open to adding online resources they know their patrons will use.

Also, if you live in a city lucky enough to feature a quality symphony orchestra, they may offer NML access as a perk for purchasing a season pass. If you’re already on the fence about buying one, this could well be the deciding factor. It’s a fantastic way to enjoy incredible music both live at the concert hall and through our massive collection online.

Finally, if your local public library or orchestra doesn’t make it available to members, our friends over at InstantEncore offer access to Naxos Music Library at a great low monthly rate, one perfect for a fresh-out-of-college budget. Find out more here!


The end of school doesn’t have to mean the end of all this wonderful music. Whether through your local library, orchestra, or InstantEncore, Naxos Music Library remains available to you. Venture forward into your exciting future, and know that we are there to help provide the soundtrack!
Posted by Naxos Music Library at 1:30 PM No comments:

May 2015 - Featured Playlist: Twice As Bright


Not one of us is promised our next breath, and to be aware of this is not something that should incite fear, but should encourage us to make each moment count. History is full of composers who left us early, but rather than mourn the music lost with them, we should celebrate what we’ve received because they lived at all. Featured here are magnificent selections from promising composers who did not survive past the age of 35; to paraphrase Lao Tzu, these men and women may have lived half as long, but they burned Twice As Bright.

1. Lili Boulanger – D’un matin de printemps – A prodigy whose talent became apparent when it was discovered that she had perfect pitch at the age of 2, Lili Boulanger became the first female composer to win the prestigious Prix de Rome when she was 19. Despite her lifelong battle with Crohn’s disease, she worked tirelessly as a performer and composer, and even poured herself into supporting the French troops with her sister Nadia during World War I.

2. William Hurlstone – The Magic Mirror Suite: VII. The Witch’s Death-Dance – Of all his students, a group that included Ralph Vaughan Williams and Gustav Holst, composition teacher Sir Charles Villiers Stanford considered William Hurlstone to be the most talented. Hurlstone’s Magic Mirror Suite sparkles with genuine creative life, and The Witch’s Death-Dance crackles with an energy that is more merry than morbid.

3. Hans Rott – Symphony in E Major: III. Frisch und lebhaft – His Symphony in E Major twice rejected by Brahms, 21-year-old Hans Rott went into a tailspin of mental and physical illness that led to an early death. Despite the enthusiastic support of Bruckner and of Rott’s younger classmate Mahler (whose early symphonies bear clear similarities to Rott’s work), this piece went unperformed for over a century, finally premiering in 1989.

4. W.A. Mozart – Symphony No. 41 in C Major, “Jupiter”: IV. Molto Allegro – With his symphonic writing, Mozart saved his best for last. The final movement of his 41st Symphony features an astounding quintuple fugue that combines all the melodic ideas from earlier in the movement into one grand finale.

5. Juventino Rosas – Sobre las olas – You might not be familiar with his name, but you’ll certainly recognize Mexican composer Juventino Rosas’ iconic melody for its use in everything from trapeze acts to Disney’s The Three Caballeros to the classic James Bond film Octopussy. He was primarily a composer of salon music, much of which was popular in Latin America in his time, and his music was first recorded as early as 1898.

6. Vincenzo Bellini – Norma, Act I Scene I: Ah! Bello a me ritorna – Bellini’s Norma is considered to be one of the finest examples of bel canto opera, with its title character notorious as one of the most challenging roles for soprano. The track selected here features the tremendous bel canto specialist Montserrat Caballé in the title role.

7. Franz Schubert – Winterreise: No. 24 Der Leiermann – Baritone Dietrich Fischer-Dieskau sings the final tune in Schubert’s famous song cycle Winterreise, a work notable for its gloomy, resigned tone. Composed the year before his death from syphilis, it reflects the composer’s growing melancholy as he struggled to come to terms with the slow progression of his illness.

8. Carl Filtsch – Das Lebewohl von Venedig – Filtsch was Chopin’s most talented student, of whom he once exclaimed “Nobody has ever understood me as this child has…It is not imitation, it is the same sentiment, an instinct that makes him play without thinking as if it could not have been any other way.” Filtsch’s compositions are quite lovely too, especially coming from one who didn’t live to see his 15th birthday.

9. Charles Griffes – Three Tone Pictures: The Night Winds – Inspired by Edgar Allan Poe’s The Lake, "The Night Winds" was originally composed for solo piano before being expanded for orchestra. It is a fine example of why Griffes is likely the best American representative of Impressionism, and he created a significant body of work in his short lifetime despite holding down a full-time job.

10. Rentarō Taki – Kōjō no Tsuki – One of the earliest Japanese composers to incorporate Western musical styles into his work, Taki initially composed his most famous piece, which translates as “The Moon Over the Ruined Castle”, as part of a songbook aimed at young students. It has gone on to become a very popular melody in Japan. The arrangement selected here features cellist Yo-Yo Ma.

11. Giovanni Battista Pergolesi – Stabat Mater: Stabat Mater Dolorosa – Pergolesi completed his magnificent Stabat Mater in 1736 as he was dying of tuberculosis in a Franciscan monastery near Naples. This selection, which opens the work, was described by philosopher Jean-Jacques Rousseau as “the most perfect and touching duet to come from the pen of any composer.”

12. George Butterworth – Requiescat – A promising young composer and friend of Ralph Vaughan Williams, Butterworth joined the British Army during World War One. He became a respected platoon leader and was awarded the Military Cross for his bravery, though he was killed by a sniper before he was able to receive it. His brigade commander later described him as “a brilliant musician in times of peace, and an equally brilliant solder in times of stress.”

13. Jeremiah Clarke – Suite in D Major: V. The Prince of Denmark’s March: Rondeau – Also called Trumpet Voluntary, this piece has become internationally popular as wedding music. Ironically, the story goes that, inconsolable over a hopeless crush on a lady above his rank, Clarke flipped a coin to decide if he would commit suicide by hanging or drowning. The coin lodged on its side in the mud, so he shot himself.

14. Mieczysław Karłowicz – Eternal Songs: III. Song of Eternity – Karłowicz, born into a noble Polish family in what is now Belarus, was a promising composer who is notable for his very colorful orchestration, which reflects his admiration for both Tchaikovsky and Wagner. He died in an avalanche while skiing in the Tatra Mountains, though there is some conjecture that this wasn’t entirely accidental, as he had spoken previously of suicide over an unrequited love.

15. Vasily Kalinnikov – Symphony No. 2: III. Allegro scherzando – While many composers came from well-to-do families, thus allowing them the financial freedom to indulge in musical interests, Kalinnikov was an exceptional talent who came from considerable poverty, something which likely contributed to the consumption that eventually took him. However, he did leave us two marvelous and very Russian symphonies, plus a few other colorful pieces.

16. Ernst Mielck – Symphony in F Minor, “Fairy Tale Symphony”: IV. Finale: Allegro – Before his death just shy of his 22nd birthday, Mielck managed to compose a number of orchestral works of remarkable quality. While his German ancestry inspired much of his music, he was from Finland, and it was the success of his Symphony in F Minor that helped motivate Sibelius to begin composing symphonies.

17. Alexandre Levy – Suite Brésilienne: IV. Samba – The earliest member of the notorious 27 Club, Levy died suddenly and of unknown causes in 1892. While much of his training and ancestry was French, he was born and raised in Brazil, and his work was instrumental in the development of a distinctly Brazilian nationalist style.

18. Thomas Linley – Violin Concerto in F Major: II. Adagio – English prodigy Thomas Linley the younger was the same age as Mozart, and indeed the two became good friends. In fact, following Linley’s death in a boating accident at the age of 22, Mozart himself stated that he “was a true genius” who “had he lived, would have been one of the greatest ornaments of the musical world.”

19. Julian Scriabin – Prelude in C Major: Lento – Presto – Another young composer lost in a boating accident (under mysterious circumstances in this case) was Alexander Scriabin’s youngest son Julian, only 11 years old when he died. But he left behind a few short piano pieces that are remarkably well-developed, and that hint at his potential to have been a worthy successor to his father.

20. Maria Malibran – Les brigands – Maria Malibran was an operatic superstar of her day who was adored by Rossini. A notoriously stubborn personality, she refused to see a doctor and continued to perform following a fall from a horse, and she died of complications from the accident in between performances at a music festival just three months later.

21. Juan Crisóstomo Arriaga – O Salutaris Hostia – Born on what would have been Mozart’s 50th birthday, Arriaga seemed destined to follow in that great composer’s footsteps, having received Cherubini’s grand endorsement of “Amazing—you are music itself.” Much was made very quickly of this wunderkind, and it’s possible that the sudden demands and attention contributed to the illness that took him just short of his 20th birthday.

Each month, Naxos Music Library presents a themed playlist for our subscribers to enjoy. We know that a database of over 1.6 million tracks can be a bit daunting, so we'd like to highlight some of the amazing music that is available to you. Let it kickstart discovery!
Posted by Naxos Music Library at 9:23 AM No comments: