Label in the Spotlight: Centrediscs 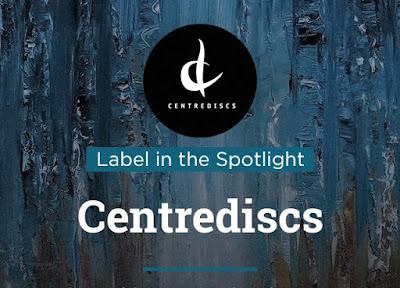 The award-winning Centrediscs recording label was begun in 1981, and since then has become Canada's foremost label, releasing music by Canadian contemporary concert composers who are associated with the Canadian Music Centre. Over 150 separate titles have been released since the label's birth, and over 80,000 records have been distributed world-wide. Unique among recording labels in Canada because it features only works by Canadian composers, Centrediscs has been acclaimed as an outstanding enterprise.

To hear the Centrediscs sampler, access NML, go to the Playlists section, and select the Label in the Spotlight folder under the Themed Playlists tab. You can also access it via the rotating banners. If you are on your institution's premises, you may also be able to access it if you CLICK HERE.

Posted by Naxos Music Library at 11:53 AM No comments:

I Matrimoni Impensati: Overture - I. Allegro

Each month, Naxos Music Library presents a new release playlist for our subscribers to enjoy. We know that a database of over 1.9 million tracks can be a bit daunting, so we'd like to highlight some of the amazing music that has become available to you just this month. Let it kickstart discovery!

Posted by Naxos Music Library at 4:33 PM No comments: 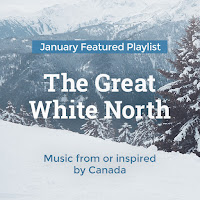 We here at Naxos USA have to admit that we are quite in love with our neighbors to the north—some of us maybe even daydreamed about spending some time living in Canada before the U.S. elections made it fashionable. We love the endlessly friendly people, the multicolored glacial lakes to the west, and the modern diversity of the eastern cities. We’re constantly craving Tim Hortons, and we can recommend a wonderful B&B and tour guide if you venture up to Yellowknife to see the aurora.

Canadian composers, however, have flown a little under the radar, but that doesn’t mean there’s not an abundance of brilliant music to come out of Canada. This month’s playlist features some of our favorite tracks from composers who have found their home in the Great White North.

1. Jocelyn Morlock – 3 Meditations on Light: Bioluminescence (Wine-dark Sea) – Vancouver-based composer Jocelyn Morlock describes the second movement of this piece for harp and cello as concerning “luminous underwater creatures and sparkling lights that momentarily appear in the dark, winking like fireflies.”

2. Colin McPhee – Tabuh-Tabuhan: I. Ostinatos – Colin McPhee is primarily remembered as the first Western composer to perform a scholarly study of Balinese music. His most famous work, Tabuh-Tabuhan, is essentially a concerto for two pianos and orchestra, but the percussion section takes on a major role in portraying the gamelan sound. This work doesn’t seem so unusual today, but one can imagine how exotic it seemed at its premiere in 1936.

3. John Estacio – Wondrous Light – Born in southern Ontario, John Estacio had never seen the aurora borealis until moving to Alberta to take on the role of the Edmonton Symphony Orchestra’s composer in residence. Wondrous Light was originally conceived as the second movement of a two-movement work (the first being his piece Borealis) depicting his encounters with the aurora.

4. Christos Hatzis – Going Home Star, Act II, Scene 2: I got to build my fire up – The Royal Winnipeg Ballet commissioned this work depicting two contemporary First Nations young people coming to terms with their heritage. Hatzis researched the subject extensively to remain authentic to history and culture, and the music includes extensive contributions from the Northern Cree Singers and storyteller and throat singer Tanya Tagaq.

6. Ann Southam – Glass Houses No. 14 – Ann Southam began composing when she was fifteen and eventually fell under the influence of minimalist composers like Terry Riley and Steve Reich. She went on to become a founding member and the first president of the Association of Canadian Women Composers, and in 2010 she was awarded the Order of Canada, her country’s second-highest honor.

7. Brian Cherney – Music for a Summer Wedding: III. Finale Quasi Toccata – While making a name for himself as a composer, Brian Cherney has also enjoyed a decades-long career as a professor of analysis and composition at McGill University in Montreal. The work selected here was composed for his daughter’s wedding in 2000, then revised for his son’s wedding two years later. Each version contained musical references special to the intended child.

8. John Weinzweig – Red Ear of Corn Suite: III. Bar Dance – Weinzweig’s 1951 ballet Red Ear of Corn blends elements of Iroquois music and French-Canadian folk songs and was a notable development in nationalist Canadian orchestral music. Later, during the height of the McCarthy era, the use of the word “red” was enough that the American consulate in Ottawa had a file on him that was flagged when his father tried to cross the border.

9. Malcolm Forsyth – Atayoskewin: III. The Dance – Atayoskewin (the Cree word for “sacred legend”) was composed in 1984 to mark the opening of a major refinery in the northern Alberta oil sands. Ironically, the piece is a depiction of the composer’s impressions of the environment upon first visiting the area in winter. A few years later the piece won Forsyth the Juno Award for Best Classical Composition.

10. John Burge – Upper Canadian Fiddle Suite: I. Reel: Moderately fast – When one thinks of “Upper Canada”, one naturally assumes it is referring to places like Nunavut and the Northwest Territories. However, in this case it’s an archaic term used by European explorers to describe the Great Lakes area of Ontario. The music is inspired by traditional fiddle tunes from that region.

11. Claude Champagne – Danse Villageoise – Québécois composer Claude Champagne was greatly involved in the establishment of the Conservatoire de Musique et d'Art Dramatique du Québec (CMADQ) in 1942 and taught at the Montreal Conservatoire and McGill Conservatory. He created four versions of his Danse Villageoise, for violin and piano, for string quartet, for string orchestra with harp and piano, and for full orchestra, the version used here.

12. Calixa Lavallée – Le papillon – Born in 1842, Calixa Lavallée is mostly remembered for composing the music for Canada’s national anthem, O Canada. As a young man he bounced around eastern Canada and the northeastern United States performing in minstrel shows. He spent much of his career in the U.S., where work was more plentiful, but a few decades after his death in Boston he was re-interred in Montreal.

13. Glenn Gould – So You Want to Write a Fugue? – Glenn Gould is of course rightly remembered as one of the greatest pianists of the twentieth century, but he did make a few attempts at composition. He was most famous for his performances of J.S. Bach’s music; that, combined with his notoriously eccentric personality, makes it not too surprising that the quirky So You Want to Write a Fugue? should come from his pen.

14. Jean Coulthard – When Music Sounds – Jean Coulthard spent most of her life and career in beautiful Vancouver, but she was able to pull herself away for a time to study with the likes of Ralph Vaughan Williams, Aaron Copland, Arnold Schoenberg, and Béla Bartók. Besides composing, she enjoyed a respected career as a professor of composition at the University of British Columbia.

15. Alexina Louie – Music for Piano: IV. Once Upon a Time – Like Coulthard, Alexina Louie hails from Vancouver. Music for Piano was intended as a piece to introduce 20th-century techniques to pianists, with the final movement combining elements of the first three to teach about “impressionistic and atmospheric keyboard resonances”, minimalist motivic development, and proportional notation (music without barlines).

16. Marjan Mozetich – Songs of Nymphs: IV. Freedom – Unlike many composers, Mozetich did not come from a wealthy or musically inclined home; his father was an Italian immigrant of Slovenian descent who worked as a machinist. He discovered classical music on his own, and found he much preferred improvising to practicing his scales. He was able to create his own sound that blended lush Romanticism with 20th-century sensibilities.

17. R. Murray Schafer – Harp Concerto: III. Energetically – Raymond Murray Schafer is an avant-garde composer who is known especially for his interest in acoustic ecology, which is basically the study of how sound affects and describes the relationship between human beings and their environment. He is also a practitioner of graphic notation.

18. Violet Archer – Sinfonietta: III. Allegro molto con brio – Dr. Violet Archer was a prominent figure among 20th-century Canadian composers who was a student of Béla Bartók and Paul Hindemith. Not only was she a lifelong educator, spending much of her career at the University of Alberta, but she found the time to compose nearly three hundred works.

19. Jacques Hétu – String Quartet No. 2: II. Vivace – A student of Henri Dutilleux and Olivier Messiaen, Hétu enjoyed a lengthy career as a music professor, first at Laval University, then later at Université du Québec à Montréal. His String Quartet No. 2 was composed in 1991, nearly two decades after his first such work, and its three movements take the less common form of slow-fast-slow.

20. Andrew Staniland – Flute vs. Tape – The title of this work is about as descriptive as they come; the piece is designed to be a capricious contest between the flautist and the recorded track. The “tape” makes use of a variety of sounds, including electronic glitches, guitar, and bodhran, a Celtic drum popular in Albertan native Andrew Staniland’s adopted home of Newfoundland.

21. BONUS TRACK: Leonard Cohen – Hallelujah – It’s no secret that 2016 has been a rough year for music lovers, as we lost so many of the most legendary songwriters on the planet. Leonard Cohen, a Montreal native, joined the great choir in the sky in November, leaving behind “Hallelujah” as one of the greatest gifts a songwriter has ever given us. While his original and Jeff Buckley’s cover will probably never be matched, we think this version by the sublime Renee Fleming is the best you’ll currently find in NML.


Each month, Naxos Music Library presents a themed playlist for our subscribers to enjoy. We know that a database of over 1.9 million tracks can be a bit daunting, so we'd like to highlight some of the amazing music that is available to you. Let it kickstart discovery!
Posted by Naxos Music Library at 2:19 PM No comments: